History Behind the Invention of BIOLISTICS

The earlier used method of gene transfer that is the agrobacterium-mediated genetic transformation system worked well for dicotyledonous plants but has low efficiency for monocots. John Stanford in 1984, invented this technique for the introduction of DNA into cells by physical means to avoid the host-range restrictions of Agrobacterium. The microprojectile gun has been proven to be a successful alternative technique for creating transgenic organisms in prokaryotes, mammalian, and plant species.

What’s the methodology of Microparticle bombardment in BIOLISTICS?

Biolistics or microprojectile is a method where the cells are physically impregnated with nucleic acids or other biological molecules.  In this particle delivery system, the cells to be transformed are bombarded with heavy metal particles coated with DNA/RNA. The DNA construct is first mixed with particles of a heavy metal, usually tungsten or gold(0.6 – 1 mm in size).  When these fine particles stick to the negatively charged DNA and are loaded on one side of a plastic bullet. 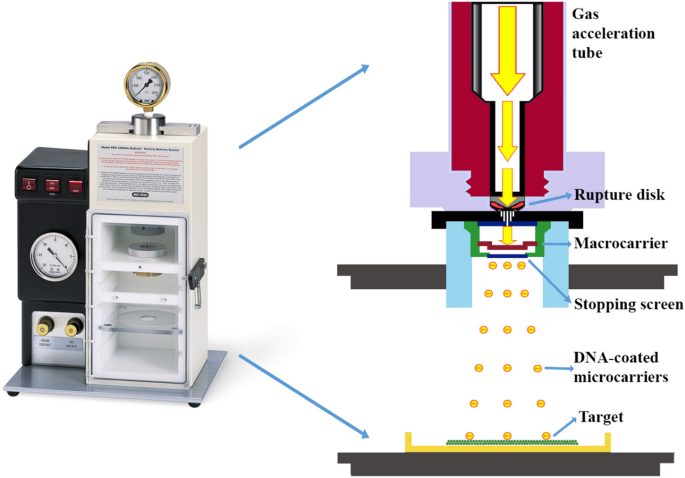 Applications of Microparticle Bombardment or BIOLISTICS

One such successful attempt of the particle bombardment technique was when Bt-toxin genes were incorporated in MAIZE for a producing transgenic plant.

In the case of animals, the particle bombardment method is generally used for delivering DNA vaccines. It has been able to transfect DNA plasmid to animal cells that code for fluorescent proteins. Apart from making it a protein-churning factory, they are also used to deliver a vital variety of dyes to cells. 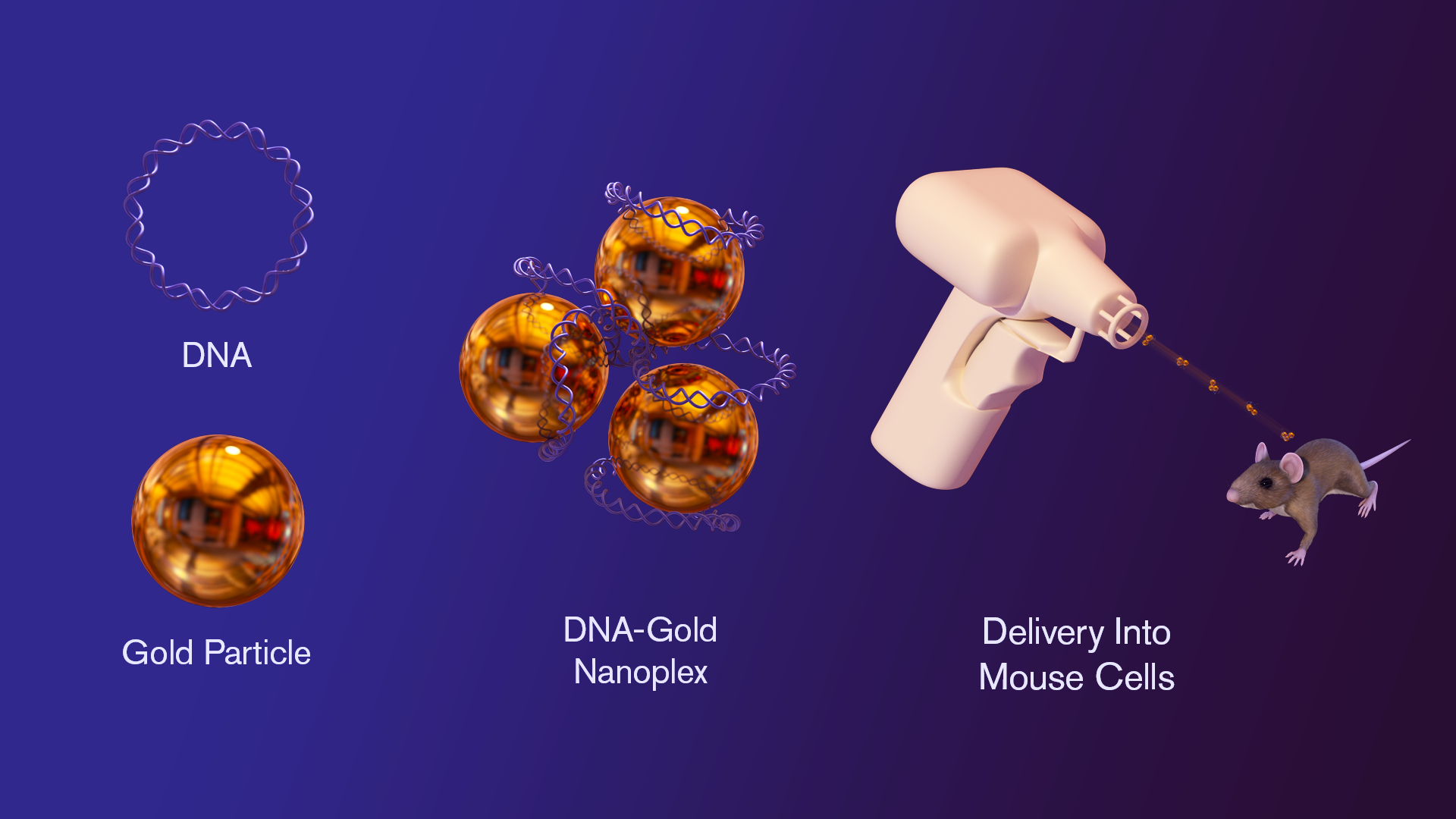 Advantages Of Microparticle Bombardment or BIOLISTICS

Limitations Of Microparticle Bombardment or BIOLISTICS

With the growing advancements in the field of biotechnology, this method of gene delivery gains the limelight especially when past success records are considered. Though the apparatus and setup still demand high installation charges, microparticle bombardment is more efficient than the previously used Agrobacterium-mediated transformation. This technique is able to transform all types of cells, different species, and even different organelles, that is it is not restricted only to the nucleus. Presently gold is highly favoured for bombardment. This is due to its lower cytotoxicity in comparison to tungsten projectile carriers.