Algae: The Food Of The Future

As the world’s population expands every minute, there are more and more mouths to feed. There are so many mouths to feed that ‘overpopulation’ is now a big concern for our planet’s forthcoming future. Algae is the most essential organism on earth as it provides nearly all of earth’s oxygen which we need to breathe. Growing nutritious, protein-dense microalgae in onshore, seawater-fed aquaculture systems could help with rising food production by more than 50 per cent and feed a projected 10 billion people by 2050, according to some sources. There is great scope when it comes to using algae as food.

Must read- Cotton Fibres – The King of Fibres – My Biology Dictionary

Maybe you’ve heard that in a future in which climate change makes it tough to grow crops, we’ll all be dining on sustainable foods formulated from miniature algae or their giant cousin, kelp. Today, we tend to think about these foods as elegantly “natural”—if not naturally appealing. But, as American Studies scholar Warren Belasco writes, when algae-as-food first became a widespread imagination in the years after World War II, it was noticed as a miracle, not of nature, but of technology.

Algae is the green slime we see in ponds or fish tanks and the long brown/red/green strands of seaweed we see on the beach or in rockpools.  At present millions of people around the world eat seaweed from Japan to Chile, South Africa to Belize, and even England.  You’ve probably eaten food with seaweed in it and not observed it as chemicals from seaweed are used in many sweets, desserts, meat products, and even drinks!

There are several benefits of seaweed. Seaweed is very nutritious as it has lots of good minerals and vitamins for the body.  These consist of vitamin A, which helps fight off colds and viruses, and calcium which is good for our bones and teeth.  Seaweed is also very simple to grow and doesn’t take up precious land space as it’s grown in water. It grows rapidly and can even grow in polluted waters and in places where normal food crops wouldn’t survive.

Algae and their potential in a future bioeconomy:

Since algae production needs not only water and carbon dioxide but also a range of macronutrients, such as nitrogen and phosphorous. It could be the optimal production system to produce biomass from certain waste streams. Major amounts of these nutrients are used in agriculture and turn out to be in the sea and lakes. As a result, these cause harmful algal blooms. Seaweed farming in deltas, river mouths, or bay areas could not only benefit from this resource but also help to decrease the environmental impact of nutrient run-off derived from agricultural activities.

MICROALGAE: Potential as a food source

Humans have eaten macroalgae, like wakame and nori seaweed, for thousands of years. But fresh attention has turned to the nutritional and environmental potential of their microscopic cousins. Microalgae are small protein-rich organisms found in both fresh and seawater. They typically consist of essential amino acids, and essential fatty acids, including omega-3, and omega-6 along with omega-7, along with vitamins, like A, D, and E. The nutritional content differs depending on the type of microalgae. But two currently control the market for human consumption. The first one is a group of species (known as a “genus”) called Chlorella. The second one is the genus Arthrospira, more commonly known as “Spirulina”. Both are rich in nutrients.

Microalgae, which expanded 10 times faster than traditional crops, could provide very high amounts of nutritional protein, essential amino acids, as well as other micronutrients, such as vitamins, antioxidants, and omega-3 fatty acids. Also, unlike animal agriculture, a marine microalgae-based aquaculture industry would not require cultivable land and freshwater, or pollute freshwater and marine ecosystems through fertilizer vanish. For example, when farmers add nitrogen and phosphorus fertilizers to cultivate terrestrial crops. Around half runs off fields and pollutes waterways. With algae grown in confined facilities, excess nutrients can be captured and reused.

Another benefit is that carbon dioxide must be combined with aquaculture ponds to grow algae. Researchers and companies have been trying with adding algae to construction materials and cement, where the carbon gets confined and eliminate from the atmosphere

These are how algae cultivation can be practised-

Land-based microalgae cultivation should ideally take place on non-cultivable land. A lot of examples of open pond systems or photobioreactors in barren regions are available. Like, as the Arava desert of Israel, the Atacama Desert, or the coastal desert of Morocco. Coastal deserts are admirable locations for the cultivation of marine microalgae since no freshwater is used. The seawater that is being used is nearly limitless. Cultivation of freshwater algae should take place either in urban areas, ideally as a section of wastewater treatment, or in humid climate areas, where freshwater is not a limited resource. In some areas, open pond “microfarms” could help to fight malnutrition locally. It also makes farmers independent of increasing prices for cultivable land and fertilizers.

The options that take up less space are fermenter systems. It could be used to refine lower-value products, like organic C-compounds into high-value products.

Classical seaweed farms are established on the coastlines, as sole seaweed farms or as integrated multitrophic farms. Realizing fish/invertebrate farms combining with seaweed production at the same place and time. This could also help catch fertilizer run-off from intensive agricultural areas.  Thus, prohibiting damage to coastal aquatic ecosystems. Another option, offshore farms of seaweed, seems to be too costly to realize and run, though this might change in the future.

Offshore microalgae farms are part of research projects but are still in a very primary phase. The concept is to have floating, closed bioreactors, on water surfaces. The OMEGA research program by NASA, for example, looks into floating, more or less tubular membrane enclosures. Advantages of floating microalgae farms, other than the lack of need for land. These are naturally occurring and could provide mixing and the seawater could provide cooling of the photobioreactors. 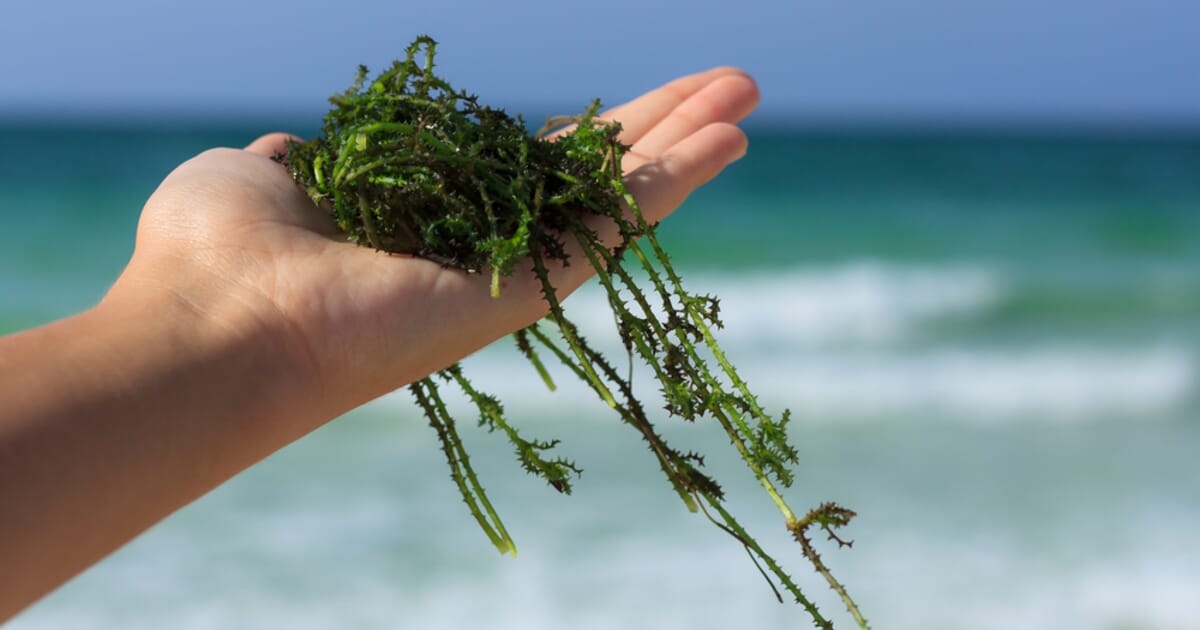 To conclude, the cultivation of algae can make an important contribution to the food security of future generations. Especially in regions of the world where, due to population growth, the available cropland is likely to be insufficient. Thus, algae as food source can be considered as food of future!

Watch and learn more- Is algae the food of the future? | Mission Ahead – YouTube